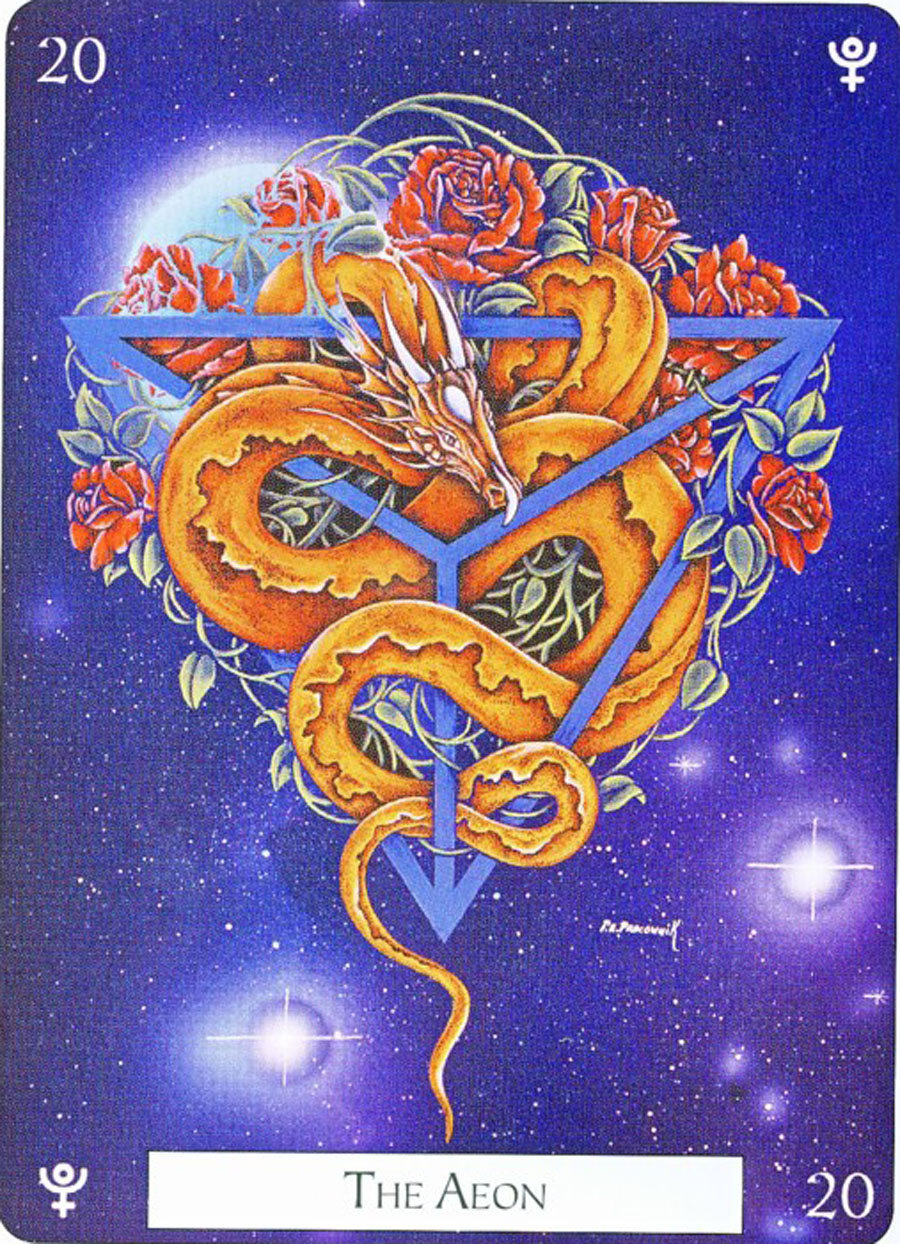 This deck was created by the same British team that collaborated on Ogham-The Celtic Oracle Deck. Artist Peter Pracownik may be familiar to fans of The Dragon Tarot (1995) and the Lord of the Rings Tarot (1997). Baggott is a Celtic shaman and alternative health-care practitioner. “Oracle” is a bit of a misnomer, as this 22-card deck is clearly based on the Major Arcana. The only substantial change is that cards are renamed (Strength = Imperial Dragon, Devil = Mischief, etc). This is done in a sensitive, appropriate way that enhances the deck’s concept.

The book is a thoughtful guide for self-awareness and personal growth. Part I: The World of Dragons gives a history of dragons, and explains the association of dragons with rain, fire, and other natural phenomena. Further segments include Celtic dragon lore, directions on consecrating the deck and learning how to use it. Part II features card commentary with upright and reserved meanings. Two spreads are offered along with a sample reading. Although brief, this LWB is unusually insightful and well-written.

The art features Pracownik’s typical and popular fantasy-fiction dragon renderings. Dragons are posed with appropriate trump card-related objects. Colors tend to be dark and limited. Since there’s no apparent reason for the restriction, the overall impression is a bit on the dull side. Limited color palettes require sharp contrasts or crisp outlines to keep shapes distinguishable when size-reduced. In the 6 - Love card, the upper dragon’s head is hard to see, although it may be clearer in the full-size original.

The art is a bit uneven in composition and execution. Some of the cards are well planned and meticulously detailed, like 12 – The Wounded Dragon, while a few cards got short shrift. 17 – The Firmament is underworked and out of scale in comparison to the other images. This might make a critical viewer suspect it was a rush job that didn’t benefit from much actual collaboration or editorial critique (sometimes you have to send the soup back to the kitchen). The designs for 10 - Destiny and 20 – Aeon are quite suitable for mugs and t-shirts. Although these two designs are elegant and well executed, it does make one wonder if secondary merchandising is a suitable baseline standard for tarot art designs. Been there, done that, read the deck, bought the t-shirt.

In 3 – Fertility (Empress) a mostly black and white dragon shelters a woman under his wing. This is the only card with a human on it. Other than that anomaly, the bare trees in the background give no sense of the fertility or growth normally associated with the Empress card. Since verdant trees and grass are featured in the 7 – Adversity (Chariot) card, is seems strange that this card is bereft of leafy trees, flowers, or even colors. A mama dragon with eggs or babies would have been more evocative and consistent with the rest of the deck. 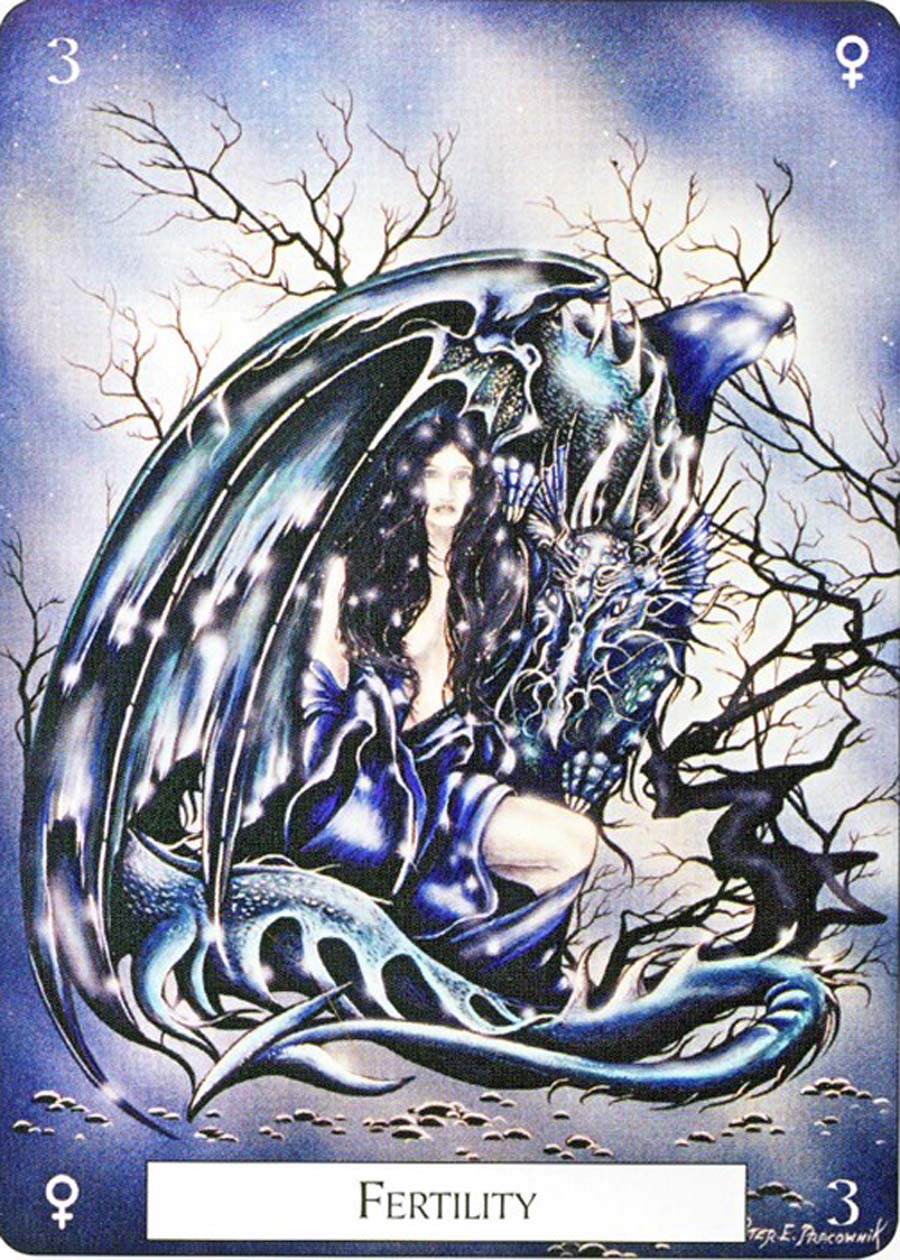 Since the sales of oracle and majors-only decks are dependent upon the attractiveness of the concept and the skill (or fame) of the artist, the accompanying booklet is reduced to secondary status regardless of merit. Dragon theme decks aren’t a new idea, and are a ringer in the fantasy fiction market segment, so a dragon-themed majors-only deck is a sure thing. The puzzling thing is that the art in this deck isn’t always good, which may disappoint fans who have high expectations of this particular artist.

The Imperial Dragon Oracle Deck is obviously going to be popular with Pracownik’s ardent fans and dragon lovers. It can be used as a stand-alone deck, as a supplement to other dragon-themed tarot decks, for meditation and spell work. Pracownik has established a good niche in the fantasy art market, although it should be remembered that Salvadore Dali got tired of painting melting clocks and Maxfield Parrish got sick of painting girls on rocks. And without a doubt, mugs, t-shirts, and greeting cards will be available. 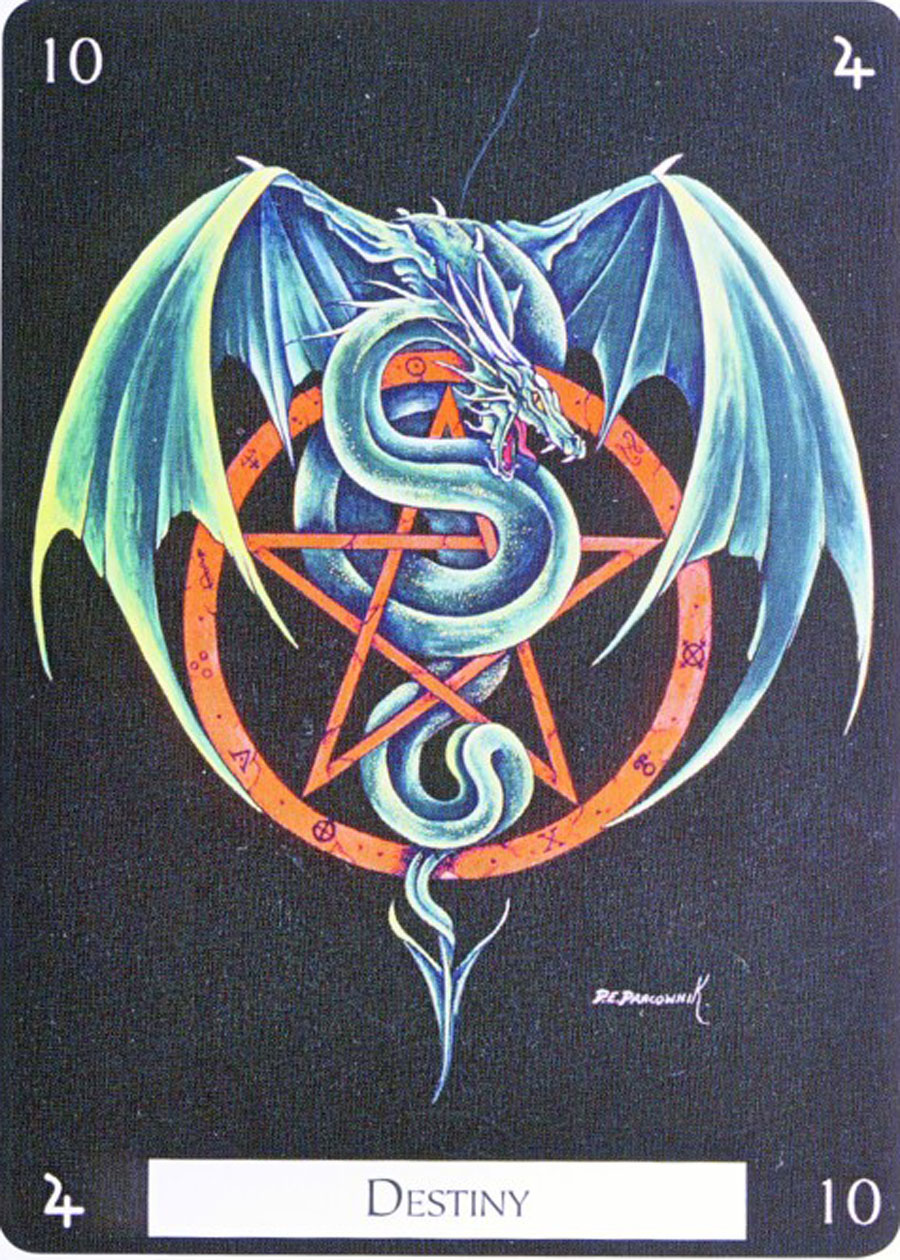 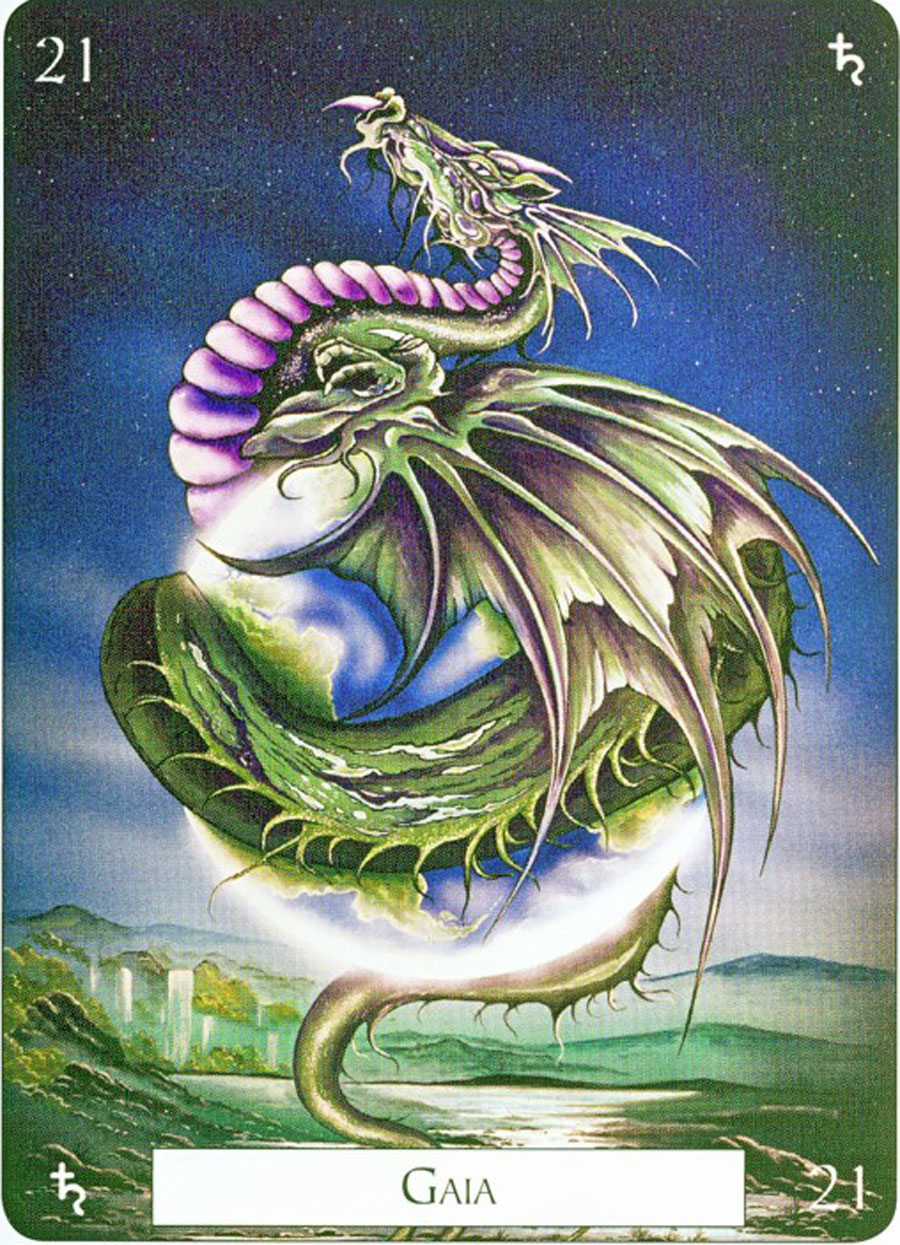